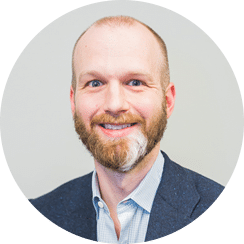 Thomas Lyles, MD, was born and raised in Montgomery, AL. He completed his undergraduate degree at Auburn University and then received his Doctor of Medicine at the University of Alabama in Birmingham. After graduating from medical school, he completed his internal medicine residency, then gastroenterology fellowship at the University of Texas-Southwestern Medical Center in Dallas, TX. He joined Digestive Health Associates of Texas in 2013, upon completion of his gastroenterology fellowship.

Dr. Lyles first became interested in medicine while he was in high school, and then cultivated that interest throughout his undergraduate years at Auburn. He decided to pursue a career in gastroenterology after first being exposed to the important role of digestion and its impact on our health as a medical student. This interest was solidified as he met GI patients in the hospitals and clinics, culminating in a gastroenterology fellowship at UT-Southwestern (Dallas).

In addition to serving the community of Bedford, he also sees patients in the surrounding communities including Hurst, Euless, Southlake, Keller, North Richland Hills, Colleyville, Grapevine, Irving, Las Colinas and Fort Worth.